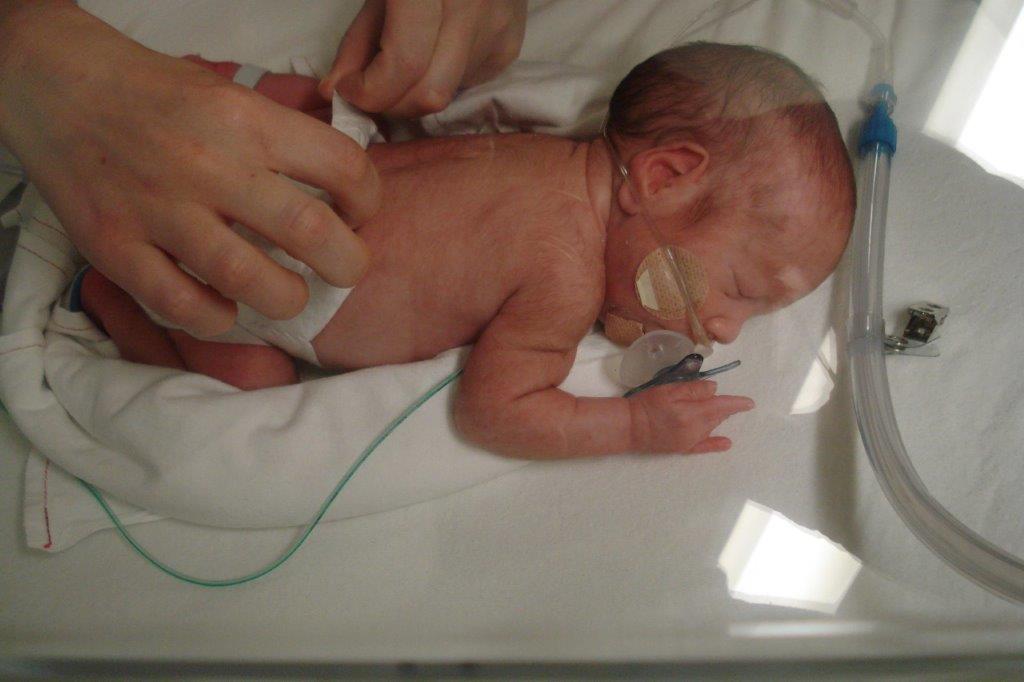 My husband and I met in 2004 and got married in 2006. As I was 35 we thought we’d better not hang about and started trying for a baby towards the end of 2007. To our surprise and delight, I got pregnant very quickly with a due date of 15th September 2008.

In March 2008 we went for a nuchal scan at 12 weeks at the John Radcliffe Hospital. We’d been told if you take a video tape (ancient I know) with you, you could have the scan recorded. I lay on the bed, excited at the anticipation of seeing our little one for the first time. As the consultant put the doppler on my stomach, and Alex reached down in to the bag to get the video tape, I looked up at the screen and there they were, clear as anything….TWINS. The consultant saw them instantly, but poor Alex had his head under the bed, so he didn’t understand our exclamations. As one of the top multiple pregnancy consultants he said “It looks like I’ll be seeing quite a bit of you in the coming months!”

I’d been feeling sick the whole time and was struggling to eat anything, apart from crisps, until lunchtime. We had our 20 week scan and found out we were having a boy and a girl. How perfect – just what I had always wanted! We only agreed on two names for Twin 1 and Twin 2. We decided there and then on Ella Rae and Christopher James.

At about 23 weeks I was due to lead Sunday school at church. I was all prepared and laid everything out before the start of the service. As the service started and we stood for the first worship song I had strong pains in my stomach and remember gripping the chair in front of me tightly. My friend looked at me, concerned, and said I needed to go home straight away and that I should head to the hospital. I drove home with the pain coming and going and Alex drove me to the John Radcliffe. By now I had started spotting and was concerned that things weren’t right. I don’t recall much about what happened, but I remember being on the delivery suite with a doctor asking how much information would we like on the viability of twins born at 23 weeks. My answer was, I didn’t want to know. Knowing wouldn’t make any difference, in fact it would probably make me worry more.

I was given a steroid injection to aid the function of the twins’ lungs, should they come early, and was sent home as the bleeding subsided. I was anticipating continuing with work but my boss encouraged me to stay at home and rest. The pain lessened and things felt normal but at week 25, early June, the bleeding started again and I was admitted to hospital where I would need to stay until the birth.

Every day the twins’ heartbeats were monitored and I got to know all of the nurses and doctors really well. I was ready to stay for the long haul.

On 16th June 2008, at 26 weeks + 6 days, Ella and Chris were born by emergency caesarean section, delivered by the original consultant who had carried out our nuchal scan. Their Apgar scores were really good, but they were about to start a fight for their lives. One nurse took a photo of them for me and they were whisked off to the Special Care Baby Unit.

The next few days were a blur and I was in a lot of pain. I treasured the photos of Chris and Ella and my body started producing copious amounts of milk – milk for twins! After 3 days I felt well enough to get to SCBU in a wheelchair and I saw the twins for the first time. I felt I had been catapulted in to a completely new world, a world I had not known existed.

The doctors and nurses were fantastic and they worked around the clock to give Ella and Chris the very best care. They were both extremely poorly, particularly Chris. Our church friends rallied round, bringing us meals, flowers, cards and kept praying. One Christian song, Hard Pressed, by Lou Fellingham kept me going at that time. “I am hard pressed on every side but I’m not crushed, I feel pulled to pieces, but inside I know I’m not. Miracles You will do, as I put my trust in You.” Ella was doing well but then developed NEC which made her digestive organs start to distend. She underwent a big operation and was struggling for life. We were praying for a miracle. Sadly, after 19 days, Ella’s fight for life ended and she passed away.

We weren’t allowed to hold Chris for a while afterwards as there was a high risk that he could also develop NEC but gradually he improved and got stronger and stronger.

After several operations and fighting a number of infections, on Day 83, we were finally able to take Chris home weighing about 5lb. We couldn’t wait. When it came to it, despite the excitement, the sadness welled up that we were only taking one twin home. That’s not how it should have been. Chris is now 9 years old and has passed all his developmental milestones with flying colours, for which we are truly thankful. In 2010 we were blessed with the birth of our second daughter, Anabelle Savannah. I had the boy and girl I had always dreamed of, but not in the way we had envisaged.

So this June will be 10 years on. As I reflect on this stage of our lives I am reminded that it doesn’t define me, but it has shaped me. It’s fuelled my passion to come alongside mums and give them the support they need when things are tough. It reminds me how fragile life can be and inspires me to be thankful for all that I have each day.

6 ways to progress in your personal and professional development, just like cleaning the kitchen

This is not my kitchen...but I wish it was! How do you manage your kitchen?…

I talked her through a panic attack. How positive mental fitness helped one friend.

It was 6 months ago and I was at work. A friend, let’s call her…

5 ways to boss the summer holidays like a pro!

Barricane Beach - Woolacombe, Devon The summer holidays are in sight. That’s good, but it…